The chief executive of Rugby Australia has condemned the “offensive” remarks and behaviour of fans towards England coach Eddie Jones.

Andy Marinos says the comments by spectators were “unacceptable” and “not representative of the values of rugby”.

“We have a zero-tolerance policy for inappropriate behaviour,” he said.

“We are working with Venues NSW on appropriate sanctions for these individuals.

“Rugby prides itself on values of respect and integrity – as seen in the players of both teams after the final whistle of a hard-fought series at the SCG on Saturday night.

“It is our expectation that spectators adhere to these values of respect and integrity when attending rugby matches – and, we would hope, in society in general.”

The layout at the SCG meant he had to pass home fans on the way to and from the dressing room following Saturday’s series-clinching victory and footage posted on social media showed the 62-year-old being baited in two incidents.

One clip shows a man pointing a finger at Jones and twice saying “you’re a traitor”. Jones approached the man and asked him to “come here and say it” three times while being ushered away by a member of security staff.

In another incident that took place while he walked through the SCG members area, Jones was called a traitor and his reply contained an expletive.

In a separate incident that also occurred during Saturday’s game, another fan was filmed climbing on to the roof of the stadium grandstand and urinating.

Rugby Australia said the man has been banned for life, calling his behaviour “deplorable” and “disgraceful”.

“This individual has been issued with a life ban from Rugby Australia events – and we will continue to support the authorities in their handling of the matter,” Marinos added. 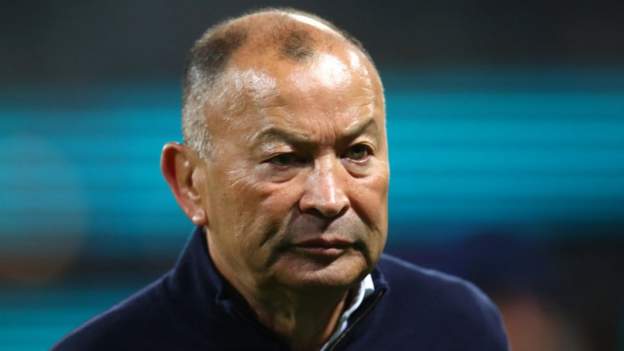