Ulster lock Alan O’Connor believes they “can beat anyone” as they approach Sunday’s Heineken Champions Cup opener against Sale.

The Irish side travel to England for their Pool B opener against a Sale side sitting second in the Premiership.

“We’re no strangers to getting big away results – we’ve the gameplan, character and players to do that,” said O’Connor.

“Ninety per cent of the crowd will want to see us fail but that’s a challenge we’ll relish.”

Ulster are aiming to bounce back from last weekend’s 39-28 defeat by 14-man Leinster after leading the URC pacesetters 22-3 in Dublin.

Sale will provide a tough start to the European campaign and Ulster are set to without key pair Iain Henderson and John Cooney.

Ulster progressed from the group stage last season and O’Connor is hoping they can do the same again.

“You’ve got to look forward (from Leinster) – you take what’s happened for what it is and get better,” added the 30-year-old.

“Sale have a very physical pack, they’ve the most dominant hits in their league and if we give them easy pictures to hit they will definitely smash us.

“It’s something we’ll have to take head-on and do our best to play in a way that hinders their good defence.

“They’re going to be aggressive and be in your face – they’ll be up for it and we’ll be really up for it.

“When we play well we can beat anyone and we’ve no fears about going away from home. Last year we did well in the group and we’re hoping to repeat that.” 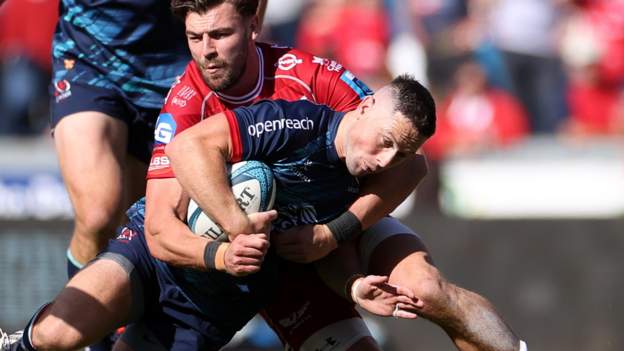