The accent is south London and the cultural influences are from southern Spain, but the rugby is now north-east England.

This is the backdrop of Spain international Josh Peters.

It is a journey that took him from England to the Costa del Sol and back to Newcastle Falcons via Oundle School and Doncaster, amongst other places.

Now the second-row forward, 26, is settling into life at Kingston Park as he gets his Premiership rugby career up and running, having moved up from the Championship in the summer.

Standing at 6ft 8ins, Peters is not the average Spaniard, but his love of rugby was developed on a sun-baked pitch in Marbella.

‘I mixed with everyone’

Born in Sidcup, Peters had moved with his parents when he was just two years old to live in the resort town of Benalmadena, near Malaga, where his grandparents owned a bar.

He became fully ensconced in Spanish life before he was introduced to the game that would shape his life.

“I started playing rugby with some Argentine boys who lived on my street,” he told the BBC. “They invited me to come to Marbella Rugby Club, which was about 25, 30 minutes down the coast.

“There was a lovely mix in my team of Argentine, local boys and expat English lads. There were different backgrounds. A lot of the English were from wealthy families and went to international schools.

“The Spanish were just ordinary lads, while the ones from Argentina were economic migrants, who had travelled halfway round the world with their families to try to make a better life.

“I was probably somewhere in the middle as I was English, but I went to an ordinary Spanish state school, so I mixed with everyone.

“We were picked up by coach and taken down to the rugby club. The grass was definitely a bit hard, very different to pitches over here. There was a river next to the ground where we played and it was either flooded or – more likely – bone dry, and the pitch was the same.

“It wasn’t great for your knees!”

‘Life in England felt so regimented’

Marbella were extremely successful, winning a number of Spanish championships. Peters was in a team where players ended up at Toulon and Bordeaux, and his own performances saw him picked him to represent Spain in the European Championships, finishing third in 2012.

There he was spotted by Oundle School and their former England hooker, John Olver. Peters was offered a scholarship there, to finish his studies, and a place in the Northampton Saints academy as his life and career took a new path.

“I loved my time out in Spain,” he said. “Everyone was chilled out and it was so relaxed.

“Then I came back and it all felt so regimented in comparison. I had played for fun and then I moved to a club and the mentality I had was so different to what people were used to and it was culturally so different.

“In Spain, there was no sense of urgency and it was very much a case of ‘manana, manana’, but it’s 25 degrees and you can’t be rushing.

“It was also tricky at school because I had never studied in English before and suddenly I was having to write essays in it.”

‘I’m not biggest fan of cold’

Peters never represented Northampton’s first team – having spells at Coventry and Doncaster with a year sandwiched in-between at Dijon in France – before Newcastle came calling in the summer with a two-year contract.

Peters has settled in well to the Falcons’ multinational dressing room, happy to mix with the players from South Africa, Argentina and Samoa.

Now the task is cracking Premiership rugby and bearing the north-east winter, which will be in evidence for Friday’s home game with Exeter.

“Coming to Falcons is a new challenge.

“I had played at a Premiership club before but it’s nice to go down and come back up again. There is almost a case of not wanting to waste any more years and having a kick up the backside.

“I have to say though, I’m not the biggest fan of the cold. Give me 25 degrees over five degrees any day of the week.

“I remember the first year I moved back to England, I had not got the right clothes and I absolutely froze. But then I remember playing for Spain against Russia in Moscow and having to wipe snow off the pitch.

“We’ve got a good dressing room here at Newcastle, with a few Argentines and a few South Africans.”

As Peters has settled into life with Falcons, domestic rugby has been dominated this season by the collapse of both Worcester Warriors and Wasps, reducing the number of teams from 13 to 11.

It has been a hot topic in dressing rooms around the country and Peters says it has sharpened the focus of every single player.

“It’s a difficult time for the sport,” he reflected.

“The thing is that 120 elite players are without a club and that makes it harder for all of us. We have two teams less, but the same number of players fighting for deals.

“Worcester have been a yo-yo club, but Wasps are former European Champions who have had some of the biggest names in the game play for them, so it’s shocking to see their fall from grace. And if it can happen to them, it can happen to anyone.” 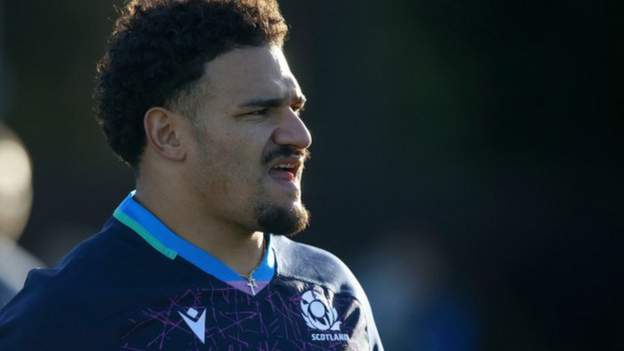 Sione Tuipulotu is back in favour for Scotland after last year’s Boozegate controversy Three minutes into the second half at Scotstoun on Friday night, Bath’s…