Legendary Wales and British and Irish Lions captain and fly-half Phil Bennett has died at the age of 73.

Bennett was a key figure in Wales’ golden era, helping them win two Five Nations Grand Slams in the 1970s.

He also starred in the Lions’ historic unbeaten tour of South Africa in 1974 and produced moments of magic in his 20 appearances for the Barbarians.

He is regarded as one of the greatest players to wear the fabled number 10 shirt for Wales and the Lions.

In their statement announcing Bennett’s passing, Scarlets said he was “one of the all-time legends of the game and widely regarded as the greatest player to wear the Scarlets jersey”.

Bennett made eight Test appearances for the Lions over two tours, becoming only the second Welshman to captain the Lions on their 1977 tour of New Zealand.

The Llanelli RFC great won 29 caps for Wales, retiring in style in 1978 by captaining his country to a second Grand Slam in three years with victory over France in his final game.

After retiring, Bennett became an OBE in 1979 and was inducted to the World Rugby Hall of Fame in 2005.

He was a popular pundit for BBC Wales and always remained a loyal supporter of Felinfoel RFC, the amateur club of his home village, where a statue of the village icon was unveiled in April, 2022.

Bennett’s former Scarlets captain and Wales and Lions team-mate Delme Thomas said: “He was the best fly-half I have ever seen on a rugby field.”

Scarlets chairman Simon Muderack added: “We are devastated by this news. Wherever the Scarlets travel around the world, people mention the name Phil Bennett.

“He was an icon of our sport, a rugby superstar, but someone who always remembered his roots. There was no finer ambassador of Scarlets Rugby than Phil, a player respected across the rugby world, both during his career and long after he finished playing.

“Phil was a hero and friend to so many people, not only in Llanelli and west Wales, but throughout the game and I am sure a lot of Scarlets supporters will have their own particular stories of the times they met and chatted to ‘Benny’. He loved the club and epitomised the values we hold true — humility and pride in our community.

“On behalf of everyone at the Scarlets, we send our heartfelt condolences to Pat, Steven. James and all of Phil’s family and friends at this incredibly sad time.” 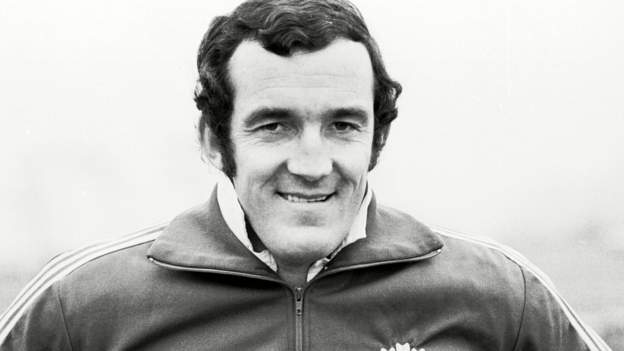 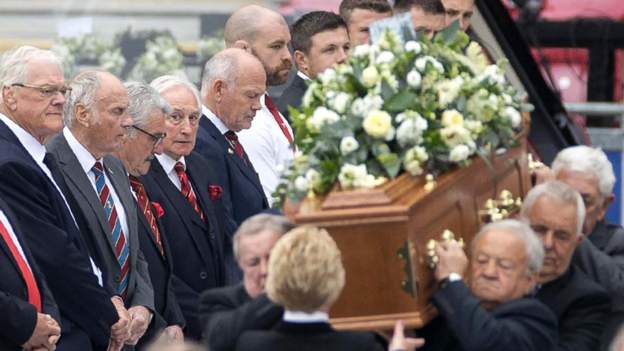