Grace, 25, will leave the rugby league club at the end of the 2022 Super League season to change codes and join French Top 14 side Racing 92.

“The fact he has crossed to rugby union is a very good thing, I think,” said Pivac about the Port Talbot-born back.

He is not affected by a rule which means Wales players with fewer than 60 caps must play for a Welsh region.

“I’ve certainly been involved in discussions around Regan,” said Pivac.

Grace, who played the 15-man code before joining Saints, has 90 tries in 144 games in rugby league.

“He’s a player of interest, he’s played rugby union in the past and he’s obviously a bit of a star in rugby league.”

Grace started his rugby career with Aberavon RFC and also featured in Ospreys’ youth sides before his move north and a career which has so far seen him win three Super League titles and the Challenge Cup.

He will move to Paris later this year after rejecting an offer of an extended deal with the reigning rugby league champions.

He will miss out on playing for Wales in the Rugby League World Cup in the autumn, but Wales rugby league coach John Kear’s loss could be a major gain for Pivac and Grace.

“We’re very keen to see how he plays and obviously there is a lot more money in France,” added Pivac, whose side has just beaten South Africa as they build towards the 2023 Rugby World Cup.

Although the Welsh Rugby Union has a 60-cap rule for foreign-based players, as an uncapped player Grace would be entitled to play for Wales for the duration of his Racing contract, the length of which has not been disclosed.

However, if he does earn international selection during his time in Paris then once the current deal ends Grace would then need to move to a Welsh region to continue playing for Wales.

Having moved to St Helens aged 17 in 2014, he is also eligible to play for England under residency rules. 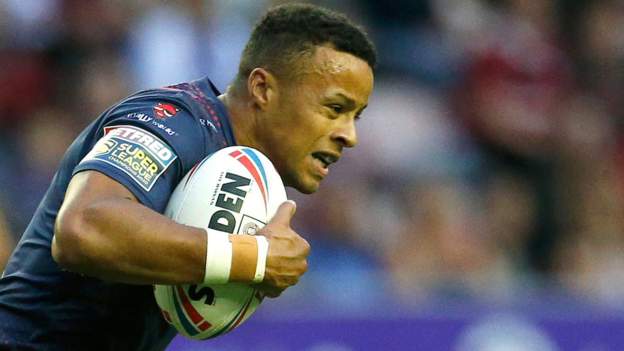 French clubs have no salary cap, and can spend bigger on talent like Regan Grace St Helens and Wales winger Regan Grace will leave at…