Eddie Jones’ time as England boss deserves to be celebrated, according to Northampton skipper Lewis Ludlam.

Jones was sacked on Tuesday following a disappointing run of five wins from 12 matches in 2022.

“Eddie has contributed a massive amount to English rugby over the last six, seven years,” he told BBC Radio Northampton.

“He gave me an opportunity to be involved in that [2019] World Cup campaign off the back of what some called a breakthrough season, with not much experience.

“For the faith he put in me, I owe a lot to Eddie. From a personal point of view, it’s very sad news and I think what he’s done for English rugby should be celebrated.”

Having previously been head coach of his native Australia and Japan, Jones was appointed by England in 2015 and they won their first 17 internationals with him in charge.

“If you look at his record, I think it’s the most wins for an England manager that anyone has ever had,” added Ludlam.

“It’s an impressive legacy and I think it’s sad he’s left at this time of the season.”

The back row described Jones’ manner as “extremely abrasive”.

But he continued: “I don’t think that’s necessarily a bad thing. People want to be comfortable, people want an easy environment, but the beauty of the England camp, even though it was tough at times, was that it brought the best out of you.

“Some people survive in that environment, some people don’t. He was really good at understanding what character I was and what he needed to say to get the best out of me.”

Jones won 59 of his 81 Tests in charge of England but only one of the four recent Autumn internationals – and they were beaten 27-13 by South Africa in his final game in charge.

England ‘still in a strong place’

England are now starting their search for a new head coach with just nine months to go before the start of the World Cup.

Ludlam’s Saints team-mate Dave Ribbans made his first international appearances this autumn and said of Jones: “He’s up front, honest with you, the type of conversations you like to have, doesn’t beat around the bush, straight to the point, I definitely liked his style of coaching.”

The 27-year-old added: “There were some frustrating results – Argentina, New Zealand and then the big one at the end – there were some tough conversations after the Springboks game within the group.

“Ultimately, it’s still a fantastic squad, full of leaders and that’s why I think England rugby will still be in a strong place.” 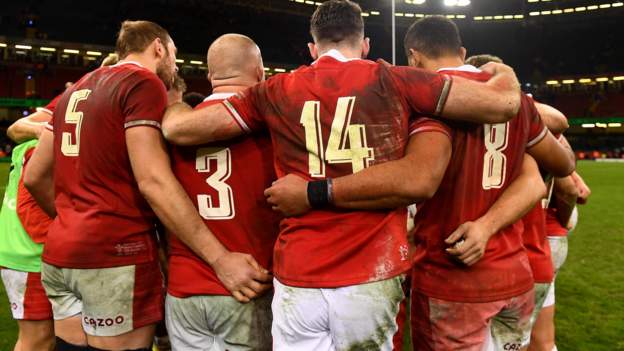