Nick Evans hopes to bring “clarity, confidence, intensity and excitement” to England’s game after being appointed as attack coach for the Six Nations.

The former New Zealand fly-half has joined Steve Borthwick’s coaching staff on a short-term deal, and will combine his duties with his role at Harlequins.

“I want to bring a lot of energy when we have ball in hand,” Evans, 42, told BBC Radio London.

“When the opportunity is there, I want fans on the edge of their seats.”

He added: “We want to get a real excitement and buzz around when England have the ball in hand.”

Evans started coaching at Quins in 2017 following his retirement from rugby, having played for the south-west London club for nine years and won 16 caps for the All Blacks.

Borthwick was named as Eddie Jones’ successor as England head coach in December, an appointment Rugby Football Union chief executive Bill Sweeney declared would be the “launch of a new age of England rugby”.

Jones’ final match was a 27-13 defeat by world champions South Africa at Twickenham in November, and Evans is eager to be involved in improving the side’s attacking game.

“I think there will be a certain way of playing that we will play,” said Evans, whose time coaching at The Stoop has included Quins winning the 2021 Premiership title in thrilling style.

“My job is [that] when we have the ball in hand, there is real clarity around what we are doing. That is first and foremost.

“If you see the players are excited when we have ball in hand you will see a definite transference to the crowd. I am really looking forward to that opportunity.”

England begin their Six Nations campaign at home against Scotland on 4 February and face Italy at Twickenham eight days later. 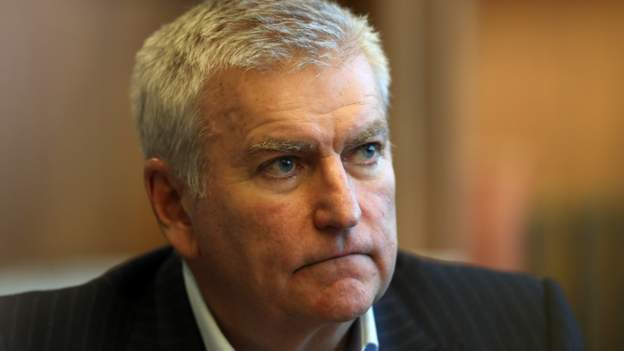