So all eyes are now on Cape Town. Wales have somehow set themselves up with a series decider against world champions South Africa.

Few believed it would happen, but that was before the red-hot heat of battle of Bloemfontein and the ice-cold kicking heroics of Gareth Anscombe.

It enabled Wayne Pivac’s side to create history by becoming the first Wales team to beat the Springboks in South Africa. Now they are aiming to become the first Welsh squad to win a series.

Following the two first Tests being played at altitude, the two sides will return to sea level for the series finale in Cape Town.

Eleven previous Wales sides have travelled to South Africa in search of victory and they all failed.

As Wales trailed 12-3 in the second half of an attritional battle in the Free State and found themselves down to 14 men – Alun Wyn Jones was shown a yellow card that should have never been issued – it appeared another loss on South African soil was inevitable.

Nobody told Wales, though. Pivac’s team had shown little in attack and had only a second minute Dan Biggar penalty to show for their efforts, with Handre Pollard’s boot taking the Springboks to more than a score ahead.

One chance they had – and that was all they needed. One driving lineout, patient build-up and an inspired long pass from Anscombe to Josh Adams, who expertly finished.

Still there was the small matter of a touchline conversion for Anscombe to slot over as he was heckled by more than 40,000 screaming Springbok supporters in the Bloemfontein cauldron.

That was no issue, though, for the Wales replacement – and the result is a piece of history.

As has often been the case in battles between these two sides in recent seasons, defensive dominance was key.

It was the first time the Springboks failed to score a try in South Africa since 2016 as Wales’ resolute rearguard resistance prevailed.

“To be able to hold them out, tryless, doesn’t happen every day,” said Pivac.

“Gethin Jenkins (defence coach) will be very pleased and the boys worked hard in defence.”

Pivac has been searching for a back-row combination since he took over and had used 18 different starting trios before jetting out to South Africa.

With Josh Navidi adding energy off the bench, Wales might have just stumbled upon a winning formula.

Renaissance man Lydiate, 34, rolled back the years with his trademark chop-tackling technique stopping Springboks with shuddering hits on the gain line. If you wanted one man in South Africa, it is Lydiate. He is made for this tour.

This sort of display is all the more remarkable with Lydiate only just returning to the international stage following a year out with a serious knee injury.

At the other end of the scale, Reffell, 22, has been outstanding in his opening two Test matches.

The Leicester flanker picked up the man-of-the-match accolade in Bloemfontein, courtesy of some crucial turnovers.

It has been a rollercoaster ride for Pivac since he took over from Warren Gatland after the 2019 World Cup.

An inauspicious start was followed by 2021 Six Nations success.

In March he became the first Wales coach to endure home defeat to Italy as Wales finished fifth in the Six Nations with only one victory.

Now Pivac has become the only Wales coach to inspire a win over the Springboks in South Africa.

It was one of the final frontiers for Welsh rugby to conquer and Pivac has led the expedition.

He insists it is not about one man but captain Biggar praised the level-headed response of his coach following the Italy defeat, when flak was flying.

“Credit to Wayne and the management that they probably didn’t over-react to the end of the Six Nations,” said Biggar.

“We’ve stuck true to our guns, game plan and what we’re trying to achieve.

“It shows if you front up, roll your sleeves up, and get a good group together, which we’ve got, things can turn around.”

For all the celebrations and praise, the fact will not be lost that this victory was achieved against a South Africa side that featured 14 starting changes from the team that beat Wales in Pretoria.

There were six new caps awarded and 19 alterations from the 23-man matchday squad.

It was a decision that caused controversy, with cries of South Africa’s selection devaluing the series and disrespecting Wales, though the Springboks vehemently denied they were fielding a B team.

Head coach Jacques Nienaber defended his decision after the game by saying he wanted to give game-time to all 42 players in his squad and chose to do it in the first two Tests.

In Cape Town, you would expect Nienaber to go back to the tried and trusted combinations that delivered 2019 World Cup success and a series victory over the British and Irish Lions two years later.

In contrast, Wales made only one starting change for Bloemfontein and had one new cap come off the bench, with Saracens prop Sam Wainwright making a debut he will never forget.

Wainwright, 24, had found himself as a replacement due to injuries to Tomas Francis, Leon Brown and Samson Lee and came on for the injured Dillon Lewis.

What an impact he made as he forced a penalty in his first scrum which laid the platform for Wales’ decisive try.

Wainwright will probably be pressed into a first Test start in Cape Town after Lewis left the Toyota Stadium with his arm in a sling.

That would be a tough test considering Wainwright has yet to start a match for Saracens in the Premiership or European competition, while Scarlets rookie Harri O’Connor is line to be named as a replacement.

Captain Biggar and Alex Cuthbert are the other injury doubts for Pivac, although their replacements Anscombe and Adams did not fare too badly in Bloemfontein.

Next weekend will witness a fascinating battle of the rugby hemispheres afer the European sides dominated the second weekends of the respective three-match series.

Ireland set the tone with a first win against All Blacks in New Zealand, before England bounced back against Australia in Brisbane.

Following the Wales win, Scotland completed a Saturday of success for northern hemisphere rugby powers over southern rivals as they beat Argentina.

So the four series are level at 1-1 going into the final weekend.

“It shows there’s not much between the teams,” said Biggar.

“It’s exciting looking forward to 12 months’ time as there’s not really one stand-out team going into a World Cup, as there has been the last couple of years where New Zealand have been ahead of everyone.

“It’s very much a level playing field and anyone can beat anyone.”

In Cape Town next Saturday, Biggar will be hoping it is Wales beating South Africa. For now, for Wales, that’s all that matters. 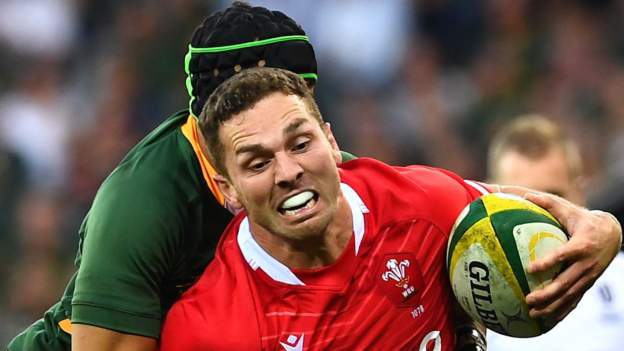 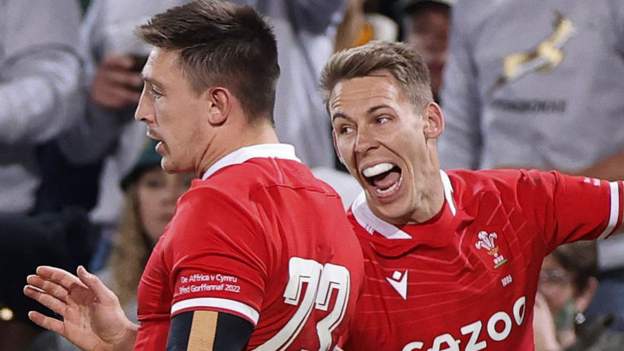 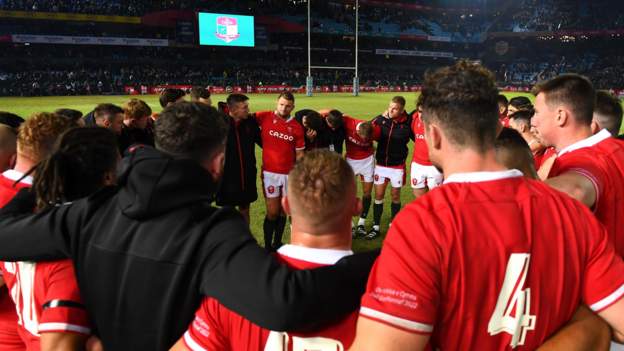