Lowering tackle height is not an “instant fix” to improving player safety but needs to be addressed, says England head coach Steve Borthwick.

Players in clubs, schools, colleges and universities must tackle from waist-height down from next season because of a new rule by the Rugby Football Union.

It has been criticised by the community game and professional players.

“I think everyone wants to find the best solution. Is there an instant fix or answer? No,” said Borthwick.

“We want to keep the core of this game, which is a tough, physically intense game, and have the safety aspect.”

The RFU says it will provide clarity regarding the new tackle laws amid fears of a player exodus.

The governing body will send out “detailed guidelines” to players, coaches and referees.

He said: “Most importantly there needs to be total clarity for the referees because it is a contact sport.

“It is going to be very difficult, I would think, unless there is total clarity around this to have a shift in the behaviour to referee it.”

Players from the community and elite game have suggested the law change would not lead to fewer concussions.

Ireland captain Johnny Sexton said: “I don’t agree with it. It’s not like you can’t get concussed hitting someone’s knees. The tackles we really need to take out are the reckless ones – strongly disagree.”

And former England player Rocky Clark said: “Still getting to grips with the new tackle height amendments. Whilst safety is paramount I have doubts over how this can be implemented and adhered to.

“Interpretation and potential knees to the head are a big concern of mine. Let alone us bigger and older folk getting that low.”

The RFU’s law change came after more than 55 amateur players presented their case for a potential lawsuit because they say World Rugby, the Wales Rugby Union and the RFU failed to protect them from head injuries.

Borthwick, who will take charge of his first England game on 4 February when they play Scotland, added: “Kevin Sinfield coaching the [England] defence, he has gone on record several times and said he wants to make sure we tackle lower.

“I think that is the right thing to do. We aren’t going to get that right straight away, there will be mistakes, there will be errors but we have an intent to try and change habits.” 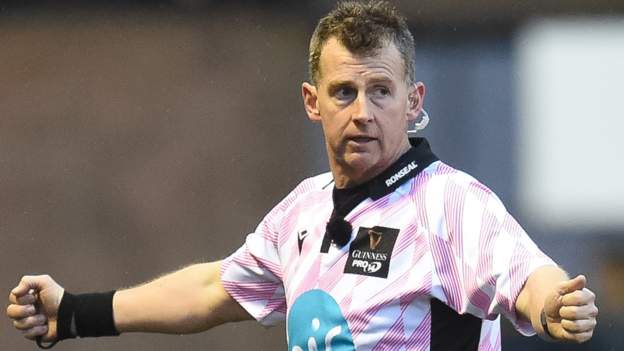