Forshaw arrives from Sale and will replace defence coach Jenkins.

The pair will join Jonathan Humphreys and Neil Jenkins, who have been retained in the set-up.

King, 47, was previously part of the backroom team under Rob Howley, who had also been tipped to return as attack coach.

He played alongside Howley under Gatland at Wasps and was part of their Heineken Cup-winning sides in 2004 and 2007.

King left to join French side Clermont in 2007, where he moved into coaching before joining Northampton in 2013.

He was part of the backroom staff that guided the Saints to the Premiership title the following year before leaving Northampton to take up a position with Montpellier, after being a temporary part of the Wales set-up.

After a three-year stint in France, King joined up with Gloucester before leaving in the summer of 2022.

Former England defence coach Paul Gustard, currently at Stade Francais, had been linked with the Wales role but Forshaw has been recruited.

Forshaw was appointed as Sale defence coach in 2013 after an illustrious career as a player in rugby league.

Sale have conceded only 26 tries in the Gallagher Premiership this season, the lowest number of any club in the division.

Gatland returned to Wales for his second stint after replacing Wayne Pivac in December 2022.

Wales open their Six Nations campaign against Ireland on 4 February in Cardiff. 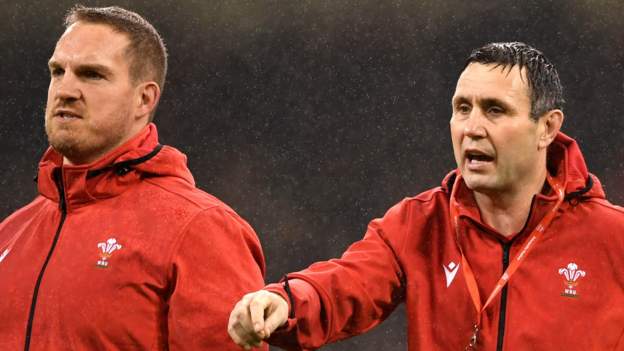