Scarlets have been boosted by the return to fitness of Wales and British and Irish Lions prop Wyn Jones.

Jones also missed Wales’ autumn series, but is now in contention for Scarlets’ European Challenge Cup clash at home to Cheetahs on Friday.

Scarlets contact skills coach Emyr Phillips said Jones has been “training well, so we hope he can feature”.

Jones’ return could also put him in contention for Wales in the Six Nations.

The prop played for returning Wales boss Warren Gatland’s Lions in their 2-1 series defeat in 2021.

“It’s been a frustrating time for him with injuries, but to be fair players in his position have fronted up well, so to get more depth in those positions is obviously pleasing,” Phillips added.

“Over the last two season’s he’s [Jones] picked up a few injuries and has found it tough to string a few games together so to have his experience back is a huge boost for us.

“We have seen how much influence Ken [Owens] has done to the pack, so the more we can get back fit with their experience the better.”

Scarlets head back into European action at the top of Pool B having beaten Bayonne at home and Cheetahs in South Africa in December.

A bonus point win at Parc y Scarlets would see them qualify for the knockout stages. 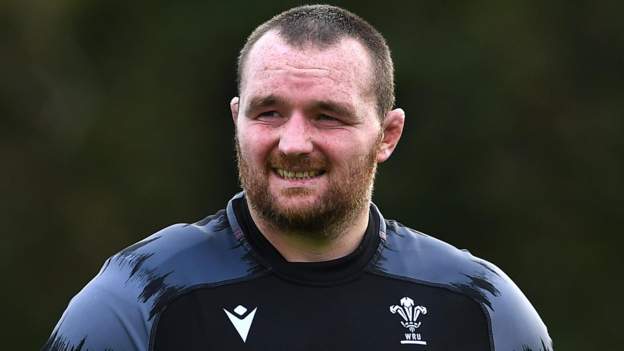 Both Ken Owens and Justin Tipuric have not played for Wales since the Six Nations defeat against France in March 2021 Venue: Principality Stadium, Cardiff…