England boss Eddie Jones has challenged Owen Farrell to find his best international form after relieving him of the captaincy in Australia.

Courtney Lawes will lead the team instead of Farrell, who has been Jones’ first-choice skipper since 2018.

Jones wants the Saracens playmaker to focus on himself after missing large chunks of last season through injury.

“We want him to be the best player he can be, then we will worry about the captaincy,” he said.

Jones, speaking on the Rugby Union Weekly podcast, added: “We felt Courtney did a good job during the Six Nations, in difficult circumstances, and Owen has been out for a long period of time.

“He hasn’t played [for England] since the Australia Test in November and I want him to find some form.

“He has been in good form for Saracens and his training form here has been outstanding.”

England are looking to bounce back from a Six Nations in which they claimed just two victories. They have beaten Australia in the past eight games between the two.

Farrell has been named at inside centre alongside fly-half Marcus Smith, and has been tasked with helping the younger pivot develop.

“He’s got a really good focus and we just feel for this tour we want him to really focus on being the best number 12 he can be, and really supporting Marcus at 10,” Jones said.

“He’s got a lot on his plate, with his goalkicking [as well], and that is enough for now.”

Jones was in buoyant mood after picking a side with a blend of youth and experience.

As well as returning scrum-half Danny Care – back after almost four years in the wilderness at the age of 35 – there is some much-needed power in number eight Billy Vunipola and dynamic wing Joe Cokanasiga, while prop Mako Vunipola – jettisoned for the past year – is on the bench.

“We haven’t had the opportunity to pick a side like this for a long time,” said Jones.

“On Wednesday, we had 35 of the 36 training – there was only Jonny May not training.

“We haven’t had this level of fitness or availability since the World Cup in 2019, so everyone is excited about it.

“We have trained well, the boys have had good fun off the field, and there has been a nice balance between the seriousness of Test match rugby and the joys of touring.”

Care starts a Test at number nine for the first time since November 2018, with Jones praising his maturity on the field and presence off it.

“He is more mature in the way he speaks and relates to the players. He’s always been a good guy but there is an added maturity to his game.

“It was a no-brainer to pick him as the starter.” 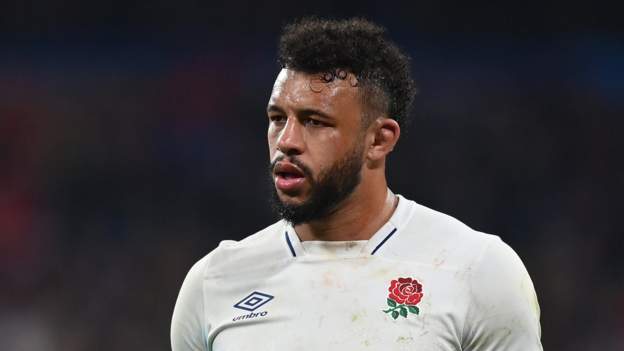