Chris Boyd has said he will leave Northampton Saints with “unfinished business” following their play-off defeat by Leicester Tigers.

Saints lost 27-14 to their East Midlands rivals, who will face Saracens in this season’s Premiership final.

“It might be the last game of rugby that I coach,” 63-year-old Boyd told BBC Radio Northampton.

“I tried not to think about that because I was hoping deeply that there might be another game but, as it transpires, there’s not.

“I’ve enjoyed my four years here fantastically. I feel a little bit like there’s unfinished business but I know the ship’s in good hands from a management and coaching point of view, and from a players’ leadership point of view and the youngsters that are coming through.

“There’s a lot to be positive about but I do feel there is some unfinished business in some ways.”

Boyd will be ‘sadly missed’

When the New Zealander was appointed in 2018, he said he was confident he could help Saints become “one of the biggest and best teams in Europe”.

They won the inaugural Premiership Rugby Cup the following year, beating Saracens 23-9 with the help of tries from Teimana Harrison, Tom Wood, and Ahsee Tuala, but were unable to add further trophy success.

Northampton also reached the Premiership play-offs in 2018-19, only to lose 44-19 to Exeter Chiefs, and finished eighth and fifth in the following two Covid-affected seasons.

After finishing fourth this term, they led Leicester 11-6 in Saturday’s game at Mattioli Woods Welford Road, but a strong finish saw the Tigers reach their first final since 2013.

And speaking following the game, Saints and Wales fly-half Dan Biggar praised his impact as far as developing young talent is concerned.

“The chances he’s given to the young English lads in particular, you look at how many of them have come through in the past four years into absolute club stalwarts already,” he told BBC Look East.

“He’s been brilliant. He’s black and white, there’s no grey areas with Boydy so you know where we you stand and he’ll be sadly missed.

“For me in particular, he’s been a huge mentor and someone I’ll always look up to.” 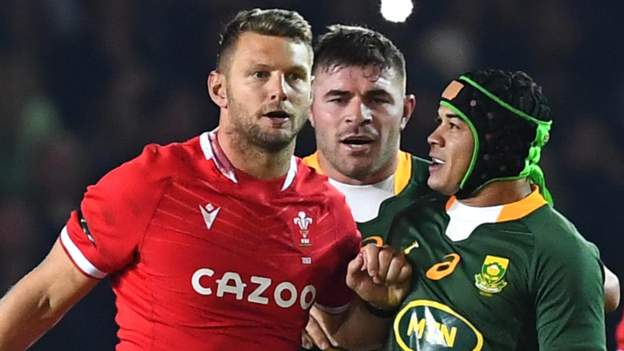