Ireland hooker Dan Sheehan says his side are expecting to meet a fired-up New Zealand who are out for revenge when the sides meet at Eden Park on Saturday in the first of three Tests.

Nearly eight months have passed since Ireland claimed a rousing 29-20 win over the All Blacks in Dublin.

New Zealand have not played since that northern hemisphere tour last November.

“I’m sure they want to get a bit of revenge on us for winning over at the Aviva,” said Sheehan.

“That’s the same as any team – after they lose they want to come back and win. We’re expecting a reaction from them but our motivation is at the top level as well.”

Auckland’s Eden Park has long been a fortress for the All Blacks, who have won their past 46 Tests at the venue in a remarkable run stretching back to 1994.

By contrast Ireland have yet to defeat their hosts in New Zealand, although recent meetings between the sides have given cause for optimism, with the Irish winning three of the past five encounters.

“They haven’t lost here in 28 years – I wasn’t born,” said Sheehan, who will win his eighth international cap on Saturday.

“So that has its pressures but at the same time it’s a massive opportunity for an Irish team to come over here and win on New Zealand soil for the first time.

“We’ve set our eyes on winning all three and it starts for us tomorrow.”

Ireland have arrived in New Zealand following a strong 2021-22 campaign which yielded clean sweeps in their summer and autumn campaigns before a second-place finish in the Six Nations.

They have won 12 of their past 13 Tests, but did fall to a comprehensive defeat by the Maori All Blacks on Wednesday – with Keith Earls the only player to retain his starting place from that game in Hamilton.

“I think both teams are peaking at the best level they’ve been at for a while, at the top level of rugby,” continued Sheehan.

“I think everyone’s expectations are that it’s going to come down to the smallest things. Hopefully we’ll be able to put on a good show for the audience.

“We’re expecting a big crowd, a big apprehensive environment and we’re used to it. We’ve gone to various big stadiums across the world and we expect it to be buzzing here tomorrow night.” 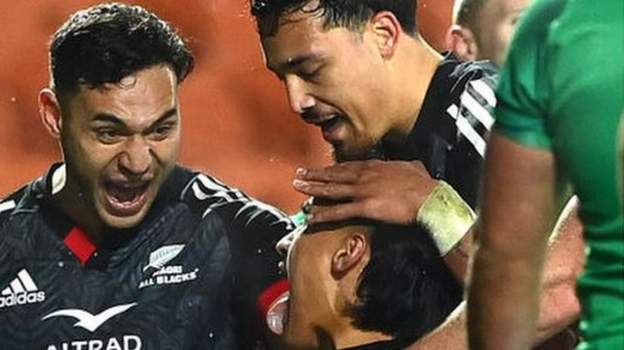